Intoxicated: a novel of money, madness, and the invention of the world's favorite soft drink

In this unforgettable debut novel, John Barlow reveals how the intersection of a Victorian-era family, an irrepressible marketing wiz, and the temperance movement changed the way the world drinks. Sweeping readers back in time to a day and age when beverages didn't come by the can or the cooler and were often hard to come by at all, Intoxicated once again proves Barlow to be a writer whose "imagination appears unlimited, almost attuned to a parallel world" (New York Times Book Review).

Yorkshire, 1869. When self-made Victorian businessman Isaac Brookes returns home from his wool mill in France, he cannot suspect that a chance encounter on a train will alter the gastronomical landscape of the world. But when Isaac meets, and almost kills, Rodrigo Vermilion -- a hunchback midget dressed in rags -- Vermilion sees in pragmatic Isaac a grand opportunity to improve his lot in life, and becomes determined to go into business with the Yorkshire man.

Enter the Temperance Soldiers, a band of righteous social moralists who offer Vermilion the inspiration, and the idea he so desperately needs. One taste of his first Temperance Ale -- worse, he felt sure, than the ancient slime at the bottom of the pond, old frog juice, and duck droppings scooped up in a glass -- and this savvy schemer with a genius for persuasion is off and running. He soon convinces Isaac and his son to invest their fortune in an idea sure to appeal to Victorian sensibilities: Rhubarilla TM , a fizzy, fruity drink. And so begins the craze that will sweep the world in ways that even the irrepressible Vermilion never could have imagined. 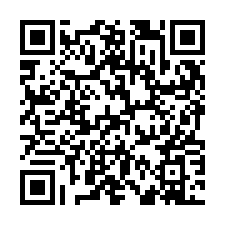