The Civil War for dummies »

The Civil War for dummies

Description
The Civil War was America's trial by fire; its battles forged the nation we know today. We're still fascinated with it - the national reckoning with slavery, the legendary generals and leaders, the epic and bloody clashes of armies, the impact on the daily lives of ordinary people. We visit its battlefields - mostly idyllic patches of countryside near small towns and creeks - where more Americans died in combat than in all other wars combined, except for World War Two. And we tell its stories - of last charges, brother fighting brother, imprisonment and emancipation, and tragedy and rebirth. It is our country's epic; the story of how we became who we are, and what price we paid.

The Civil War For Dummies is your complete introduction to this seminal conflict. Eschewing tedious historical pondering and military micro-analysis, this fun and information-rich guide gives an accurate overview of the event, from the war's causes through the fighting to the aftermath. Inside you'll discover:

1850-1860: what led to war First Bull Run: illusions lost Antietam: the bloodiest day The Emancipation Proclamation Heroes and goats of each major battle Jackson's Valley Campaign Sherman's March to the Sea Surrender at Appomattox And much more

Full of sidebars and illustrations, The Civil War For Dummies brings history to life with personalities, factoids, battle reports, strategic maps, and "what ifs." In addition to the military and political history, you'll also find out about:

The African American experience in the war Women and the Civil War Native Americans and the war The life of the common soldier Banking and finance systems and the war "Firsts" that make the Civil War history's first modern war Civil War food Civil War tourism: the best battlefields to visit, and how to get the most out of your trip

Written in an accessible style so you can start reading at any point in the story, The Civil War For Dummies makes a great cornerstone for learning about this violent and compelling chapter of American history. 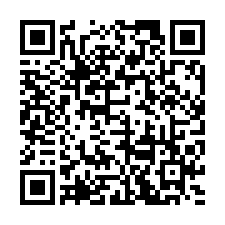