Description
. . . In Cold Blood, The Electric Kool-Aid Acid Test, Fear and Loathing in Las Vegas, Slouching Towards Bethlehem, The Armies of the Night . . . Starting in 1965 and spanning a ten-year period, a group of writers including Tom Wolfe, Jimmy Breslin, Gay Talese, Hunter S. Thompson, Joan Didion, John Sack, and Michael Herr emerged and joined a few of their pioneering elders, including Truman Capote and Norman Mailer, to remake American letters. The perfect chroniclers of an age of frenzied cultural change, they were blessed with the insight that traditional tools of reporting would prove inadequate to tell the story of a nation manically hopscotching from hope to doom and back again--from war to rock, assassination to drugs, hippies to Yippies, Kennedy to the dark lord Nixon. Traditional just-the-facts reporting simply couldn't provide a neat and symmetrical order to this chaos. Marc Weingarten has interviewed many of the major players to provide a startling behind-the-scenes account of the rise and fall of the most revolutionary literary outpouring of the postwar era, set against the backdrop of some of the most turbulent--and significant--years in contemporary American life. These are the stories behind those stories, from Tom Wolfe's white-suited adventures in the counterculture to Hunter S. Thompson's drug-addled invention of gonzo to Michael Herr's redefinition of war reporting in the hell of Vietnam. Weingarten also tells the deeper backstory, recounting the rich and surprising history of the editors and the magazines who made the movement possible, notably the three greatest editors of the era--Harold Hayes atEsquire, Clay Felker atNew York, and Jann Wenner atRolling Stone. And finally Weingarten takes us through the demise of the New Journalists, a tragedy of hubris, miscalculation, and corporate menacing. This is the story of perhaps the last great good time in American journalism, a time when writers didn't just cover stories but immersed themselves in them, and when journalism didn't just report America but reshaped it. "Within a seven-year period,a group of writers emerged, seemingly out of nowhere--Tom Wolfe, Jimmy Breslin, Gay Talese, Hunter S. Thompson, Joan Didion, John Sack, Michael Herr--to impose some order on all of this American mayhem, each in his or her own distinctive manner (a few old hands, like Truman Capote and Norman Mailer, chipped in, as well). They came to tell us stories about ourselves in ways that we couldn't, stories about the way life was being lived in the sixties and seventies and what it all meant to us. The stakes were high; deep fissures were rending the social fabric, the world was out of order. So they became our master explainers, our town criers, even our moral conscience--the New Journalists."--from the Introduction
Also in This Series 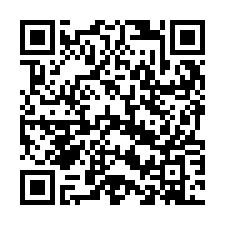