The Hogan way: how to apply Ben Hogan's exceptional swing and shotmaking genius to your own game

Description
In the same way that magicians are intrigued by Houdini, golfers look to Ben Hogan as the Ultimate golfing genius; the most skillful swinger and shotmaker of all time and the master of the power-fade shot."-- John Andrisani

Hogan was a player whose ball-striking ability was so precise that he literally wore down the grooves in the sweet spot of the clubface. He would concentrate so intensely during play that he could look straight through other competitors, spectators, and even his wife. He was a highly disciplined professional who practiced so diligently before and after competitive rounds that he made his palms bleed and turned the skin to leather. He was Mr. Ben Hogan, the man who, of all golf professionals past and present, had the most influence on the game's techniques since Bobby Jones.

In "The Hogan Way," acclaimed author and former golf teacher and senior instruction editor of "GOLF Magazine John Andrisani analyzes every aspect of Hogan's techniques to help you improve your game faster than ever before. Tapping into the talent of a shotmaking genius-the purest striker of a golf ball that ever lived--Andrisani shows how to apply the secrets of Hogan's setup and swing to your own game using today's technologically advanced clubs.

As he traces the history of Hogan's commanding swing, Andrisani makes clear which aspects of Hogan's style are worth imitating and which ones are not. Most importantly, this invaluable guide reveals secrets about the 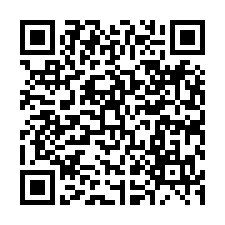