The price of blood »

Description
In the last 20 years Phil Broker has pulled himself together. A good, tough undercover cop in Minnesota, he knows the difference between a sucker punch and a lucky break. And although he's put his Vietnam years behind him, the grown daughter of his old commander has been dogging his heels for months. Nina Pryce is trying to exonerate her dishonorably discharged dead father and—more importantly—find the 10 tons of gold he helped liberate during a U.S. commando mission. Broker doesn't like the smell of it. Still, Nina has her charms, and can be very persuasive. The only problem is, two of Broker's old army buddies have beaten them to the search. Rich, sadistic Cyrus La Porte has the means, but no direction. Convicted thief Jimmy Tuna has a line on the location but no cash. Jimmy's a dying man with nothing left to win—or lose. And Broker and Nina know both men would kill them for the slimmest chance to take it all. A riveting suspense novel that reads like a thrilling treasure hunt with a murderous legacy that echoes down from the past.
Also in This Series 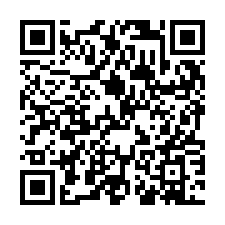