Description
Facing harsh adult realities, a young English girl in India must leave childhood behind, in this masterful tale from a New York Times –bestselling author. The Ganges River runs through young Harriet's world. The eleven-year-old daughter of the British owner of a successful jute concern, she loves her life in Bengal, India, on the river's edge, so far removed from the English boarding school she attended before the outbreak of hostilities in Europe. Often left alone by an overworked father and preoccupied mother, Harriet is enchanted by the local festivals, colors, and vibrant life surrounding her. Now, as she stands on the brink of adulthood—too old to play childish games with her reckless little brother, Bogey, yet too young to be touched by such grown-up concerns as the faraway Second World War—a stranger's unexpected arrival will rock her world. When Captain John, a handsome soldier returning wounded from the battlefield, becomes her family's new neighbor, Harriet is instantly entranced, beset by a rush of unfamiliar emotions: longing, jealousy, infatuation. But the inevitable change inherent in growing older may be too heavy a burden for a young girl to bear when it carries with it disappointment and heartbreaking loss. Inspired by the author's personal experiences as a child raised in India—and the basis for the acclaimed classic motion picture of the same name from French film director Jean Renoir—Rumer Godden's The River is a lovely, moving portrayal of childhood's end. Evocative, heartfelt, and bittersweet, it is a coming-of-age story without equal from a major twentieth-century novelist. This ebook features an illustrated biography of the author including rare images from the Rumer Godden Literary Estate.
Also in This Series 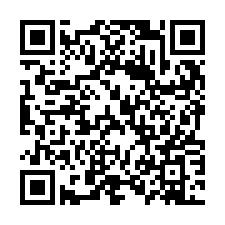